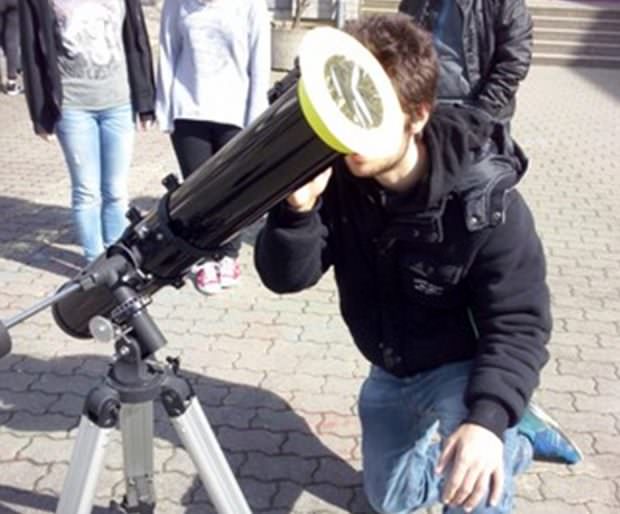 Astronomy has had a place at the comprehensive school Waldbröl for about 10 years – in the form of profile area and working group in the timetable or as an open offer in the leisure area. As a rule, 12 to 20 students come together, some of whom are very enthusiastic about astronomy or just get a taste of it. In future, astronomy will have a further mainstay as part of the “compulsory elective natural sciences with a focus on physics” in grade 8.

Structure of a Planetary Path

A planetary path – this is a true to scale representation of our solar system on a hiking trail. This should make it possible to experience the distances in space. Now our solar system is very large, so the scale is 1: 1 billion. One metre corresponds to 1 million kilometres, a hiker moves from the sun to the outer planets at 3 to 4 times the speed of light. This is the only way to explore our solar system in one walk. Such a path has never existed in Waldbröl before. The astronomy section at Waldbröl Comprehensive School has therefore set itself the goal of establishing such a path.

In the past school years, the students of the profile area have designed information boards for the planets (and for the sun). Klaus Vollmann and Thomas Eversberg from the “Schnörringen Telescope Science Institute (STScI)”, practical support from the building authority and the building yard of the city of Waldbröl, supported the content and motivation. In 2011, a “preliminary version” of the Waldbröler Planetenweg has already been set up. Starting point was the site of today’s Panarbora. The “sun” was the first panel on the western edge of the site. Mercury, Venus, Earth and Mars followed up to the crossing with the B256. At the crossroads is the asteroid belt – be careful when crossing! Then the outer planets followed at ever greater distances – Neptune then lay just behind Gut Ommeroth. Our information boards were still relatively small in this first version of the Planet Trail and proved to be insufficiently “outdoor-proof”. In the next “expansion stage” of the Planetenweg, the larger weatherproof panels already produced will then be installed in stable supports.

Another core project was the replica of the southern English Stonehenge in Nutscheid in southern Upper Berg – made of wooden piles. Thanks to the active support of the THW, the “gates”, the sunrise and sunset at the solstice times and the equinoxes could be positioned correctly on the grounds of the Ommeroth estate on the heights of the Nutscheid.

Stonehenge in small format – but complete

Since the English Stonehenge is no longer complete, it was interesting for us to get an impression of the state 5000 years ago. For this purpose we made Stonehenge models, as it once was, from cardboard and hard foam in our Astro-AG. At the same time we have optimized the cutting technology and recognized the advantages of the small series production technology of megaliths.

Of smaller size than Stonehenge but of similar importance is the Nebra Sky Disk found in our time. It too has undergone a number of changes in its history and is more understandable in its importance if the individual stages of development are copied. Our building materials were cardboard and MPET film.

Get to know the starry sky

Finding interesting objects in the starry sky is easier if you recognize the most important constellations. We use classical star maps and self-built magnetic stars to place constellations on the board.

Since the starry sky is almost never visible during school hours, we aim our telescope (with a suitable filter manufactured for this purpose) at the sun and experience e.g. sunspots If we are particularly lucky, a Mercury transit and a clear sky meet. Photos of this rare event can even be taken with a smartphone through the eyepiece of the small telescope. 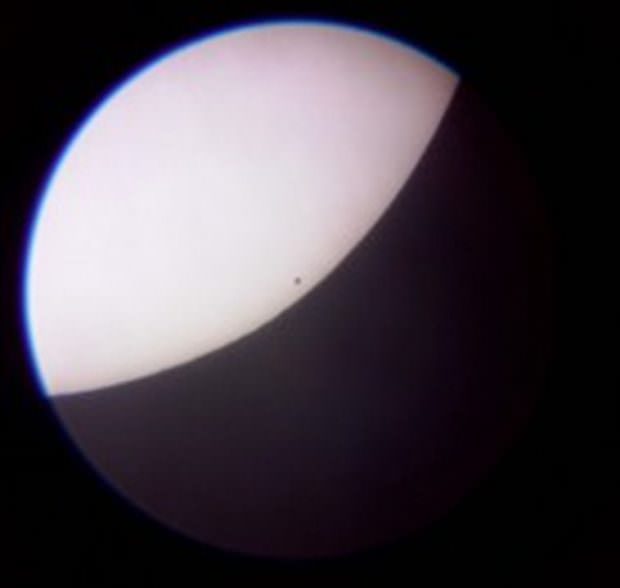 Getting to know telescopes

We get to know the construction and function of telescopes with the 900 mm reflector telescope at our school. An observation simulation shows the performance: the planets shown here are suspended in the correct apparent size at a distance of 1 km from the school.

Experience space with a telescope

Highlights of the Astro – AG are observation evenings at the C14 telescope in Schnörringen. If the weather conditions match our temporal possibilities and you can see galaxies never seen before or even distant planets like the Neptune itself, the nocturnal cavity does not disturb much and you wait impatiently until the (until now only) place at the eyepiece becomes free. 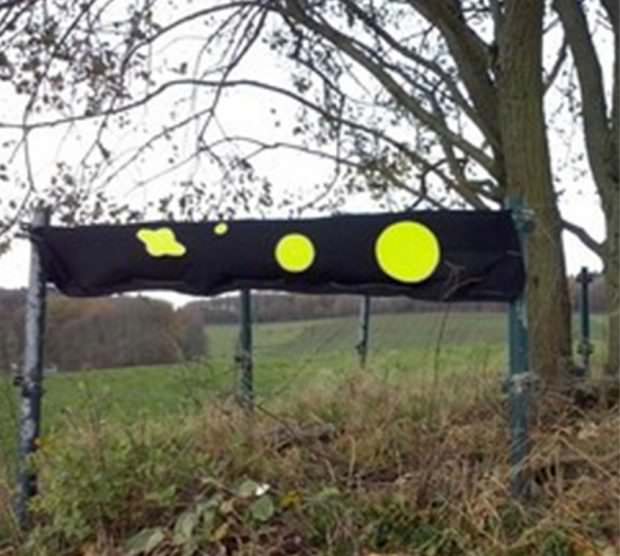