The Cocoon Nebula (IC 5146) in the constellation Cygnus (above) has an apparent extension of about 10 arc minutes. This is one third of the diameter of the full moon. It is about 3000 light-years away from Earth, so its actual extension is about 10 light-years. The nebula is a star formation region consisting mainly of ionized atomic hydrogen (reddish in the image) and bluish dust. To the west (right) the elongated dark cloud Barnard 168 follows. Its densely packed molecules obscure the stars of the Milky Way behind it. Exposure time was 2.5 hours with a commercial DSLR camera with improved red sensitivity. Such cameras are available in the STScI school lab for relatively easily obtained color images of celestial objects. 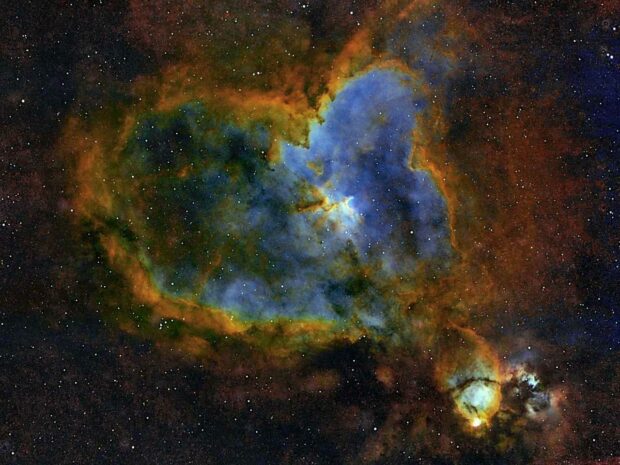 More complicated recording technology was necessary to display the nebula (NGC 896 – IC 1805) in the constellation of Cassiopeia. The object was photographed with a cooled CMOS camera through narrow-band filters, which allow only light from the ions of sulfur, hydrogen and oxygen to pass through. After assigning the light of these gas ions to the primary colors red, green and blue, a false-color image with great detail is obtained. Advanced sky observers can use this technique, which is also used by the Hubble Space Telescope, in our school lab. 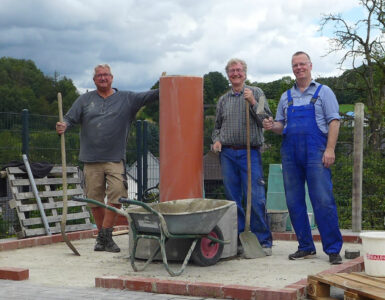 On the way to the auxiliary station

Next to the school lab we will install our heavy 40cm telescope. For this purpose, we have already poured a separate concrete plate and installed the mounting column. Astronomy really has a lot to do with concrete. Now... 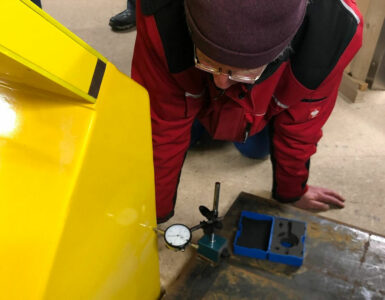 In order for a telescope to accurately correct for the Earth’s rotation and accurately track objects in the sky, its polar axis must be aligned exactly parallel to the Earth’s axis of rotation. To achieve... 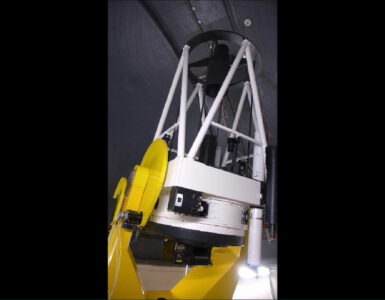 The digital controller, its software and new encoders for our large telescope have now arrived from the USA. We will not only be able to control the telescope but also to completely compensate for structural mechanical...