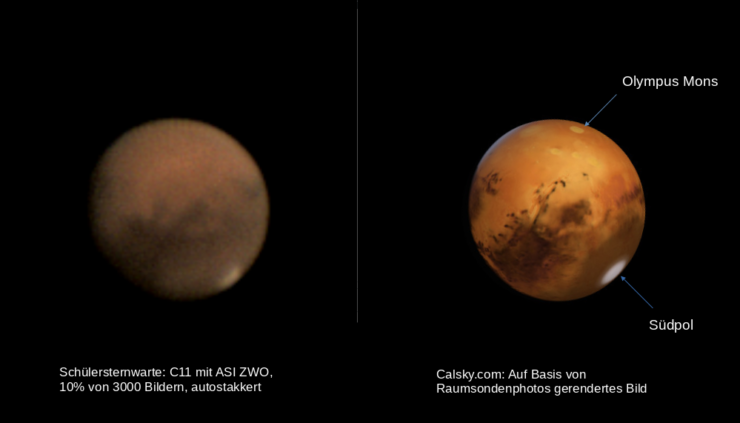 The planet Mars is currently in a very favorable position in the night sky. You can discover it shortly after sunset as a brightly shining, reddish “star” in the constellation Pisces in the east. It stands on 14 October seen from the earth exactly on the other side of the sun in so-called opposition. In addition, it is also very close to us because of the elliptical orbits of Earth and Mars, so that it appears relatively large in the sky.

Günter Dombrowski took the opportunity to take a quick series of 3000 very short exposures with one of our digital detectors at Station 1 of our school lab. This is quite possible with bright planets. To eliminate the air turbulence (the so-called seeing), he selected the 300 sharpest images and stacked them in the computer to increase the contrast appropriately. Despite relatively bad conditions (seeing about 4-5 arcseconds) he managed to get a surprisingly good summation image of the planet. The surface structures of the planet photographed are real, as a comparison with images from space probes shows.

The same technique was applied by our colleague Frank Bohlscheid with his telescope of the same size, but this time under much better observation conditions. In his image you can see the same section of the scene. By the way, the small brightening in the upper right area is Olympus Mons, the largest volcano in the solar system and more than twice as high as Mount Everest above sea level. 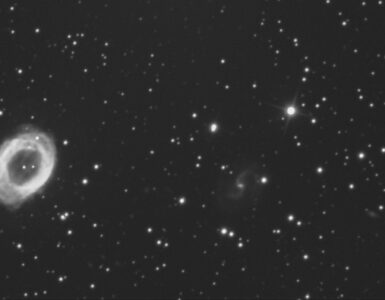 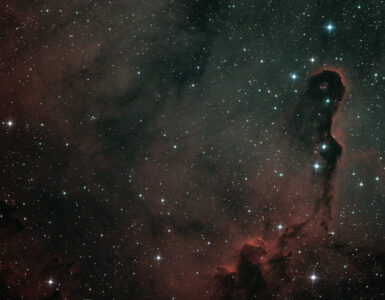