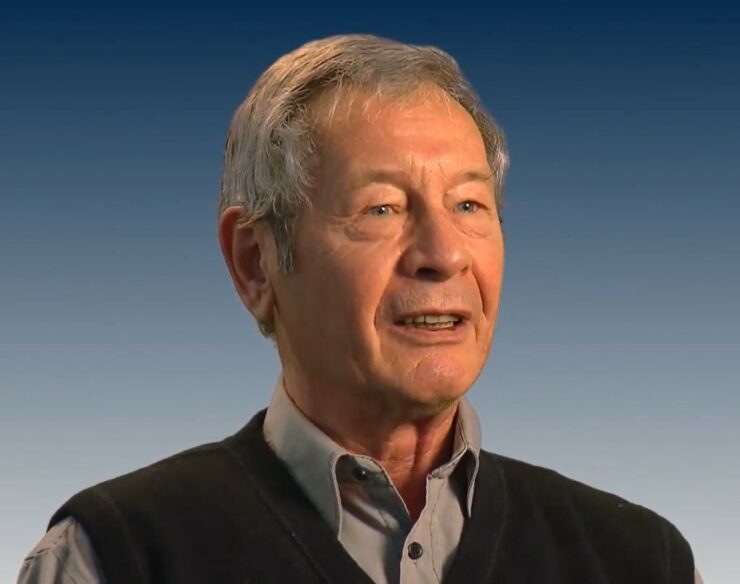 We have lost a great teacher and friend of the school observatory. Prof. Dr. Wolfhard Schlosser was a founding member and honorary president of our association. He passed away on July 14 after a long illness. Wolfhard Schlosser was a scientific generalist and observing astronomer. He held a professorship at the Ruhr University in Bochum and worked on a wide variety of topics from comet research to space-based telescopes to archaeoastronomy. As a result, he was the lead scientist for the study of the Nebra Sky Disk.

As a teacher at the university, he was held in the highest esteem by his students because of his respectful and kind manner. He usually addressed his students as “Herr Kollege or Frau Kollegin”, which stopped fears and only strengthened respect. As the only professor of the Astronomical Institute he participated regularly and with greatest pleasure in the meetings of the “Astrostammtisch Bochum” and discussed not only astronomical topics up to sharp discourse. He was never too shy for jokes at his own expense and liked to counter with dry humor. One evening, the participants of the regulars’ table made a pilgrimage with him to the Unicenter for drinks. On the way, he claimed that one could see polarized light in the sky with the naked eye if one strongly shakes one’s head. We imitated him and felt sick… Herr Schlosser, we loved you for that!

Verse 76 of the Hávamál (Part of the Edda)

Cattle die and kinsmen die,
thyself too soon must die,
but one thing never, I ween, will die, —
the doom on each one dead. 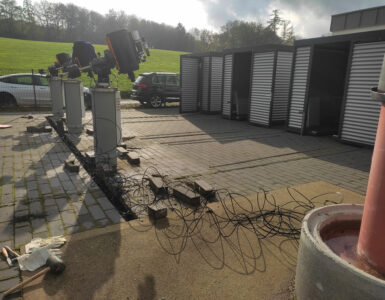 Before it gets wet and cold outside, we continue to pursue our plans to digitize the observatory. In order to stay up to date as a place of learning and scientific institution, the three telescopes in our school lab are... 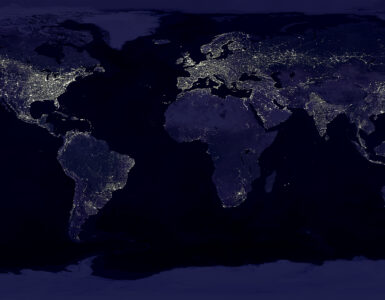 It is easy to think that the night sky in Oberberg is very dark. And indeed, measurements show that our region is not bad by Central European standards (). However, there can be local exceptions – like in... 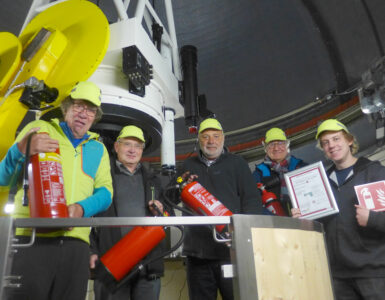 Unlike a private observatory, we operate a public school observatory. And it has to be operated safely for all astronomers and visitors. With the support of a state-approved safety officer who is well-disposed towards...