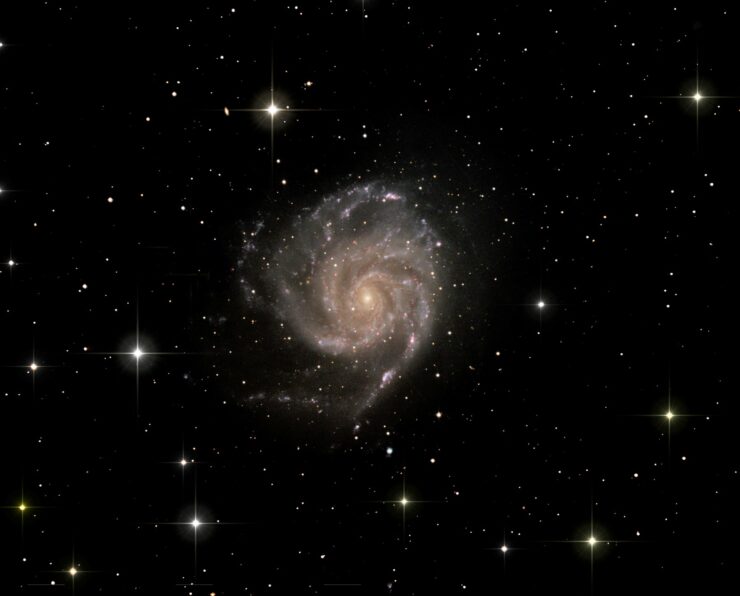 It is May! The twilight phase is getting longer and longer: currently one waits already more than 2.5 hours after sunset until it is dark and the first photons can be captured. During my journey into the universe yesterday, the Pinwheel Galaxy M101 captivated me. The Pinwheel Galaxy is a spiral galaxy on which we look almost vertically. Its distance from Earth is just under 22 million light years. Messier 101 (also known as NGC 5457) is a spiral galaxy with the apparent magnitude of 7.5 mag and is found in the Bif Dipper. In the spiral arms star formation regions can be seen very nicely. Striking are the asymmetries of the spiral arms and a nucleus, which appears a little bit out of the center. As cause interactions of the small galaxies NGC 5474 and NGC 5477 in the vicinity of Messier 101 are described. 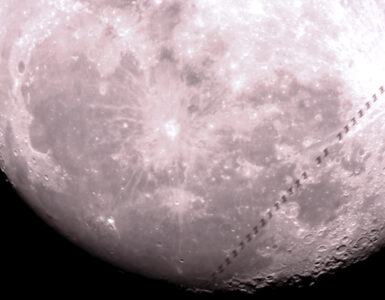 You don’t always have to expose objects thousands of light years away for hours to see interesting objects or events in space – sometimes you can stay in the astronomical front yard, and observe very fast... 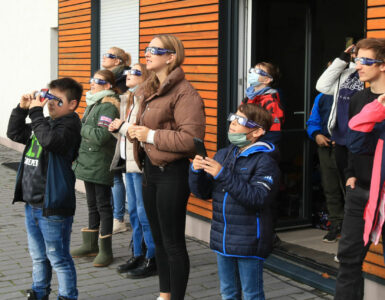 On Tuesday, 25.10. there was a partial solar eclipse over Central Europe – unfortunately for our region an almost complete cloud cover was announced. The research class 5c of the comprehensive school Waldbröl...