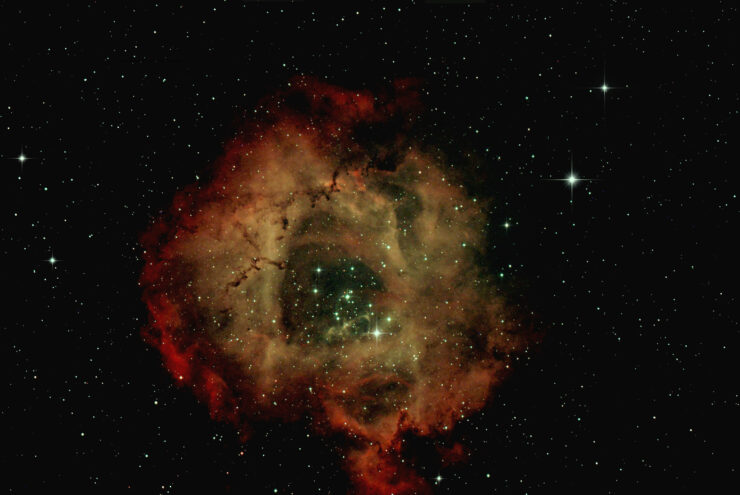 Exciting views of the Rosette Nebula

The Rosette Nebula is a beautiful astrophotography target that can be explored even with small telescopes. Rosette is the French word for small rose. With a little imagination, the finished image certainly lives up to this name. The colorful nebula makes this winter deep sky target a great experience.

Yesterday evening I used one of the few free cloud windows of the last weeks to get the necessary photons on the chip of my camera. The exposure time of about 50 minutes had to be enough to take a nice picture of the Rosette Nebula (NGC 2244).

The diffuse emission nebula with an open star cluster in the center is located in the constellation Unicorn and extends over about 130 light years. The distance to earth is about 5200 lightyears. It has five catalog designations (NGC 2237, NGC 2238, NGC 2239, NGC 2244, NGC 2246), which identify different parts of the nebula. The predominantly hydrogen Rosette Nebula is excited in its center by a small star cluster (NGC 2244) with its hot O and B stars to glow in the typical red hydrogen Hα line. The stellar winds of NGC 2244 inflate the Rosette Nebula and make it expand, so that the dark center continues to grow in extent. There are also some small filaments visible, indicating ongoing expansion. I also find exciting some globules and dark trunks that partially appear.

For image acquisition a 130 mm Newton telescope F5 was used. 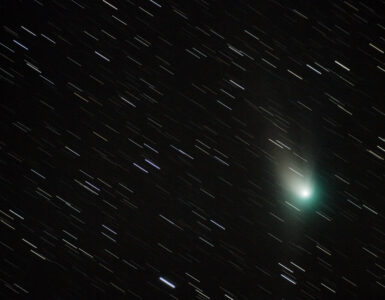 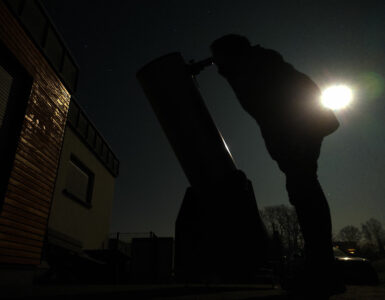 It doesn’t always have to be cameras

While the telescopes are occupied or you are waiting for the exposure series to finish, you don’t have to fall prey to boredom. There are many interesting sidelines in the observatory. One of my personal favorites... 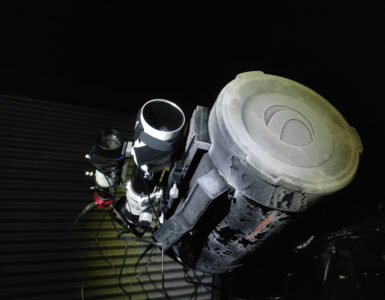 After a long time of doing nothing because of the weather now again a clear night has announced itself – as in winter so often also a bitterly cold night. Nevertheless, Patrick and I did not want to miss the short...