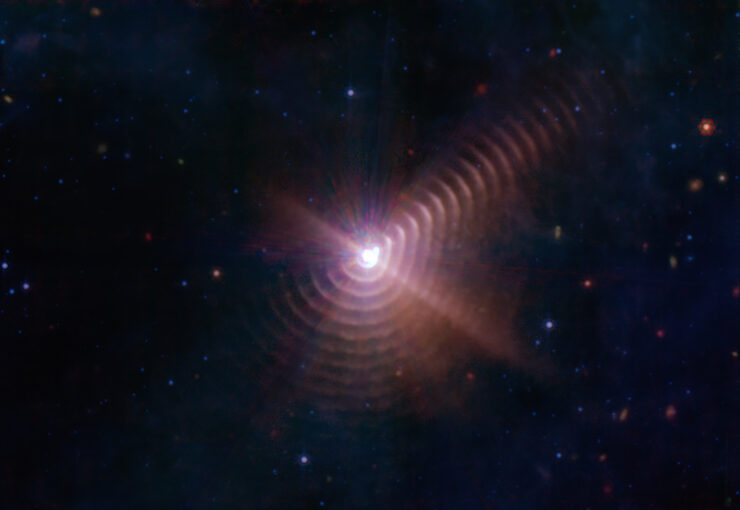 When Amateurs Do Research – A Memory 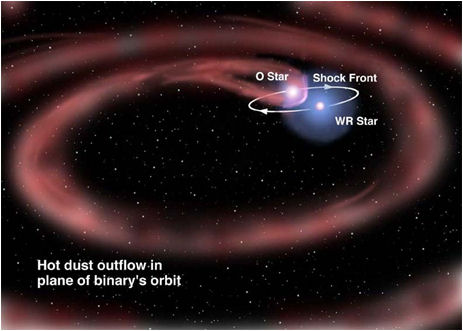 A few days ago, the Space Telescope Science Institute (STScI) in Baltimore released a new image from the James Webb Space Telescope (see here). It shows spiral-shaped rings around the massive binary star Wolf-Rayet 140 (WR 140). The single-armed spiral out of dust is formed by the collision of the two extremely powerful stellar winds as the two components approach each other in orbit. The image is a spectacular confirmation of earlier measurements by professionals but also by amateur astronomers. One such campaign was carried out by STScI in Schnörringen in 2008/2009 at the Teide Observatory on Tenerife. Pupils, students and scientists worked in stages for several months on the mountain, taking spectroscopic data of the binary star. They provided the best determination of the orbital parameters and masses of the two individual stars to date which in turn were used for the measurements with the Webb telescope..

This article from the magazine “Sky & Telescope” describes the campaign we organized.

Remark: The above NASA press release talks about “17 concentric dust rings… like the growth of rings of a tree’s trunk”. However, it is actually a single-armed dust spiral, which is generated by the colliding winds and simultaneously driven outward by them. 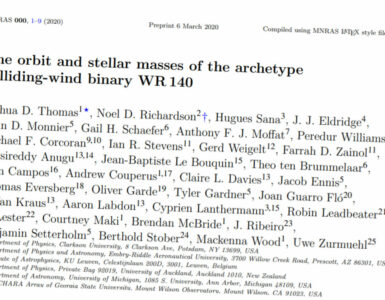 New professional publication with the STScI

Eleven years ago, the STScI, together with professional astronomers, was the main organizer of a long-term observation campaign at the Teide Observatory on Tenerife. At that time we investigated the behaviour of a... 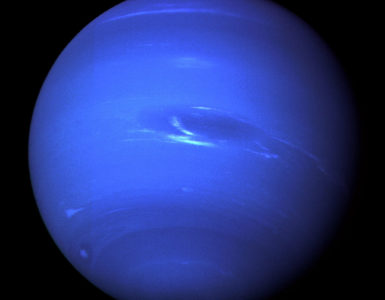 The planet Neptune has another moon with a diameter of only 34 kilometres. Its name is “Hippocamp” and its orbit is still within the orbit of the much larger moon Proteus. The astronomers determined the... 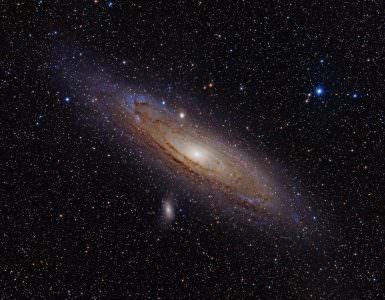